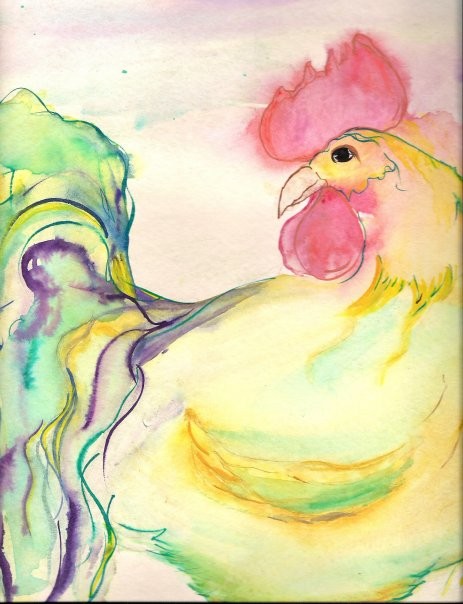 In 1977, I was in 7th grade. Weird how the year coincides with the grade I was in over time. I was in junior high and was a total dork. Braces, long, straight hair, glasses, and to top that off, I played violin in the Orchestra. And even more dorky? I was in the "Mime Troupe." Mime was a big deal back in the day, and we had a pretty big Mime Troupe! I was part of that group during all three years of junior high. Feel free to laugh...silently. ; )

On the other hand, I was VERY outgoing, not shy in the least, and oddly enough along with that, I was an AVID reader. A new magazine was going to show up on the shelves while I was still in the 7th grade that was going to steal my attention. In 1978 Omni magazine was born. Dedicated to science, ideas of the future,  and my favorite....SCIENCE FICTION!  The art in each issue would attempt to bring alien landscapes to life, creatures and beings from imagined faraway places to light and stories to scare and enthrall. This was before Alien and around the time Star Wars was released.


My parents surprised me and subscribed to the magazine for me and I waited eagerly each month for the new issue to arrive with the protective plastic package, with my name on the label. One month I received my new Omni, and the artwork inside of it was of a style I'd not seen yet. It was dark, with muted blacks and grays in a truly foreign style....ethereal and strange. It was the artwork of H. R. GIGER. 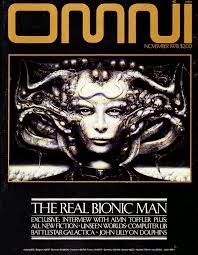 Who was this man? And did others see what I saw in his landscapes and in the strange, beautiful women's faces? I was completely captivated by his work.

H.R. GIGER passed away on Monday 5/12/14. He was 74. His resume is long and amazing. Giger's work is difficult at times to view. Not all of his landscapes, paintings, and views were what some would consider "normal." Much of this work contained sexual scenes with all sorts of body parts and machinery. I wasn't aware of this artwork until much later, years after Alien and the Omni issue that caught my attention.

However, as disturbing as some of his works are, there are many that are truly intoxicating, entirely unique and all of an artistic standard few artists can reach, including me, by far. 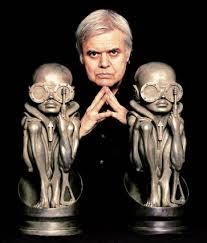 When I saw the movie Alien, without knowing ANYTHING about it in advance, I was completely
scared, shocked, and in awe. I knew the minute I saw the alien ship and landscape that Giger had contributed to this movie. Of course, when the creature showed his "face" the first time, there was no doubt in my mind. After the movie, with an excited heart, I waited for the credits to roll and there it was, scrolling up the screen, "Alien design H.R. GIGER. "

I am saddened by the death of this incredible artist, creator and designer. I will miss his contributions to movies in the future. If you aren't sure of where you might have seen his work, other than that of his Alien, here is some info. for you:

Conceptual art for unreleased Dune film (was never finished, but his artwork is online and in the Giger museum. )  (not the horrible Dune directed by David Lynch) 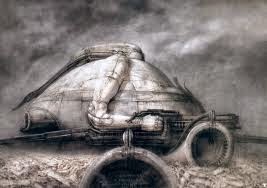 
Poltergeist II the Other Side.

Species  (designed the alien half of Sil, main character and the creepy Ghost Train in the dream             sequence) 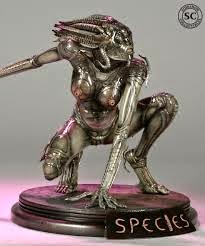 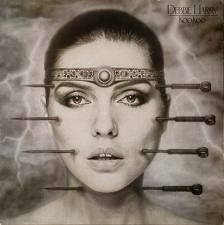 Prometheus (space jockey, derelict ship, influenced the design of the derelict ship interiors  and the look of the Engineer.)

Giger will continue to influence artists and film makers I am sure, in the future. In December of
2013, a friend's cat had kittens, and the cat died just 6 days after the babies were born. (This is relevant. I promise.)  My daughter and I bottle-fed the 4 kittens until they were large enough to separate, two going back to my friend and two staying with us. One of the kittens and I bonded rather strongly, and he is a gorgeous white and gray almost siamese looking cat. I named him after H.R. Giger and call him Giger. 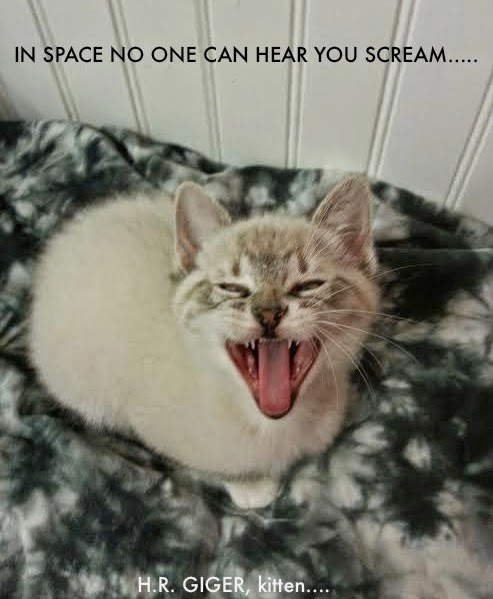 I was going to send a photo of my Giger to the "real" H.R. GIGER, but wasn't able to get one to him before he passed away. I wonder if he would have liked his furry namesake.

Thanks for reading!
Quinn

I do not own the artwork rights nor do I intend copyright infringement.
Just wanted to write about my artist idol, H.R. GIGER.

If you would like to read an interesting novella that was in an early issue of Omni, check out 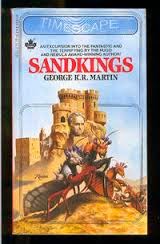 The TV movie was a major disappointment, so don't bother watching.
Story is fantastic, hope you like it.

Posted by Winged Heart Art at 4:46 AM No comments: